3 Days of Clever Rabbits, Gentle Integration & a Walk Between Worlds

We’ve spent the last three days in a quiet area called Stony Plain, just 30 minutes outside of Edmonton, Alberta – the capital of Canada’s western Alberta province. It has been a nice transition, lightening up and integrating the energy, and aligned with anchoring in the new that has been clarified through recent work and full-circle closure. It’s also been interesting, as we touched in with a reality so outside of our own and this new that it literally was a “walk between worlds” experiencing the epitome of extreme on one end and walking through it from a middle way point of view that invoked our invisibility.

I had no idea why we were led to quickly snap this photo above before getting back in the car after our bike ride when we were in Edmonton, while I was wearing my cosmic leggings that have a mountain vista painted amidst the stars on them. It became clear as I wrote this blog and that traversing between realities experienced that it seemed to symbolize and reflect.

Now and then we touch into city life and each time is always a way for me to observe things and the work done. But for the most part we have been immersed in nature, wildlife, and working with melding earth and cosmos.

Aside from the butterflies, dragonflies, grasshopper, birds, and bees, the only wildlife experienced during these three days was mostly the city jungle experience, animal rides, amusement, and aquarium sea lion shows in the mall.

But the rabbit energy nurtured and supported along the way, as we found a cute, all vegan restaurant in Edmonton where we enjoyed a late lunch after arrival and an early dinner the evening before our leaving last night.

Food is a form of balancing for me and always mirrors my journey, not to mention helps me to embody more.

Of course you know I loved the new restaurant simply by its name – The Clever Rabbit. And there felt to be a metaphor with this name and its meaning in the navigation of our journey. Not to mention a beautiful reflection in how rabbits, and my dear little ones, always have my back and best interests in mind. 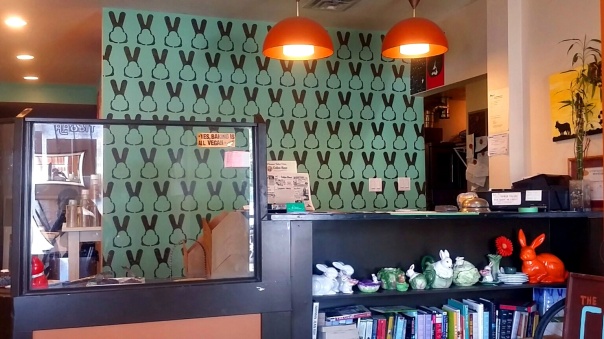 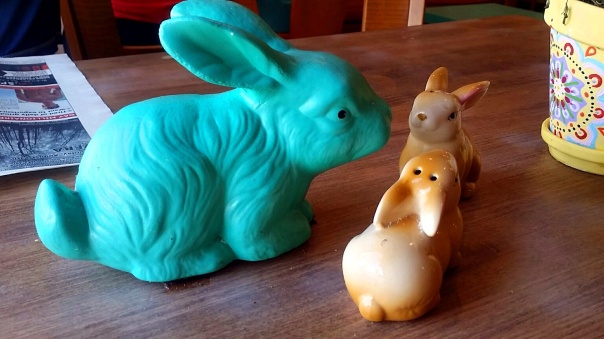 The decor added to the enchantment that tickled my heart and the food topped it off with deliciousness!

I enjoyed the lentil loaf with cashew gravy – best I’ve ever had – with side salad and an iced coffee treat, since I always have tea, on our first experience there. Then tried their pulled “pork” and coleslaw sandwich with salad on our second and last visit. 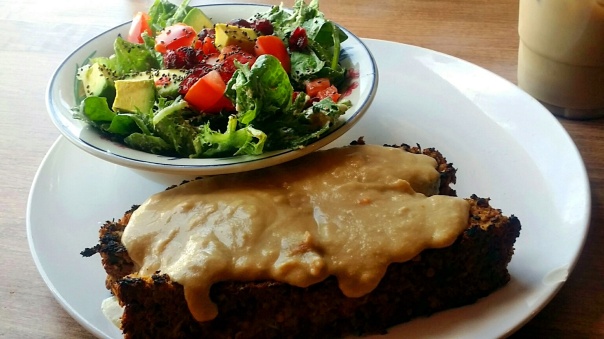 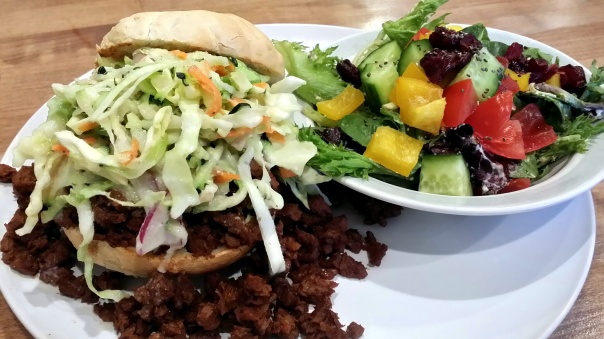 Dave had the “chicken” and waffles and later the bbq “steak” sandwich with vegetable soup. 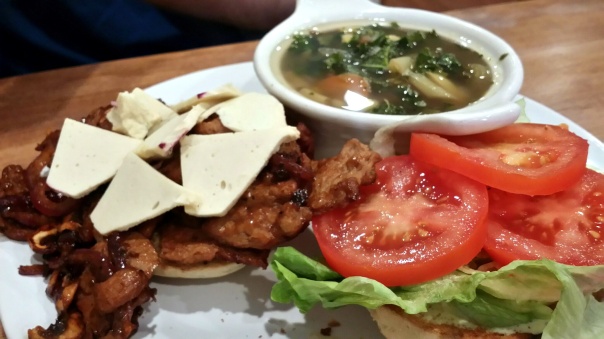 All of their “meats” are in-house made with unique ingredients and were fun to try.

We also enjoyed vegan chocolate cake the first trip in and took home vegan donuts – Dave’s favorite – to enjoy later. I’m not a huge donut fan, but these are my favorite kind because they are cakey ones! I love cake! I don’t need filling and icing, but that moist cakeyness…..mmmmmm!

They put together an assortment of donuts freshly made just for us to take home. 🙂 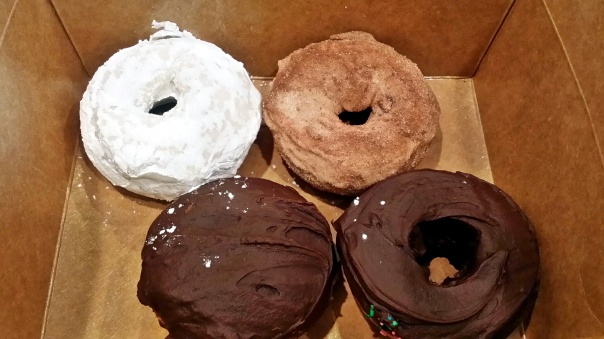 Our days were different than our usual nature immersions, but we did still manage to get in the outdoors enjoying a long bike ride along the river walk through the parks in Edmonton after lunch (where I found another feather gift).

The second day was serene and low key at Chickakoo Lake Recreation Area scenic park, just north of Stony Plain where we were. I relaxed taking in sunshine to quench the light within and finished my book in a series I’m reading for the afternoon on one of the little grassy sites overlooking the lake and greenery around, while Dave enjoyed biking a couple of the many trails they have for hiking and biking. 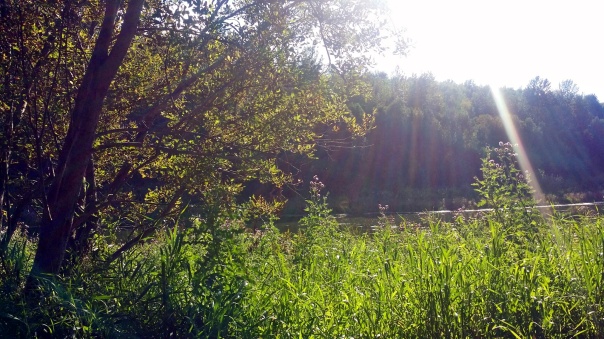 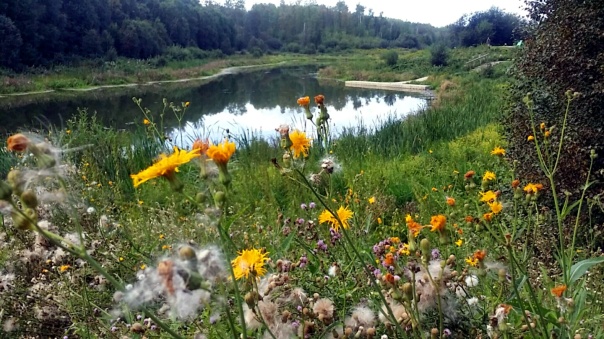 It was incredibly peaceful, as I sat in complete silence with no one around except the occasional butterfly that chimed in with what I was reading, which has been mirroring and merging my now experience (as if mythical is “becoming”) and a little green grasshopper who appeared on my leg and hung out.

Grasshoppers are about taking leaps into new realities with complete trust of that inner voice within. They jump across space and time, support astral travel, and provide luck and faith to spring forward without knowing where you will land simply because somewhere deep inside you “know” without need for the mind’s grasp of understanding. They help us get across obstacles and support quick changes in our life on all levels.

I love that it hung out on my leg….literally imbuing that “leaping and jumping” energy directly to me.

I can’t explain what is taking place anymore, especially on this day, but it is a timelessness and convergence of realities and timelines where I’m experiencing All That Is in its state of “Isness”.

Then from there we did a complete 180, the next day after painting, heading back into Edmonton again looking for a sporting goods store.

This led us unknowingly to the largest shopping mall in North America – West Edmonton Mall.

It also happens to be the 10th largest in the world and was the world’s largest mall util 2004.

Talk about complete dichotomy of opposites and duality in the flesh.

It was pretty surreal to walk through it and see the epitome of extreme light up all around us.

We had no idea, and so we decided to walk through it to observe it all. I also managed to somehow find a new skirt and tank hiking outfit for just $17 U.S. – talk about incredible in a mall of this nature to create that reality. 🙂 And Dave did equally well with what he was looking for at super bargain.

We both actually never step into malls, so this was quite an experience.

They even have a little space guy in Galaxyland named Cosmo, which was synchronous. 😉

And interestingly, there are so many other-world-like experiences being infused in this realm, as you can see….bringing in other realms, but operating without knowing of why this is all so resonant….but almost like it’s a way to ensure it stays fantasy and unconscious. 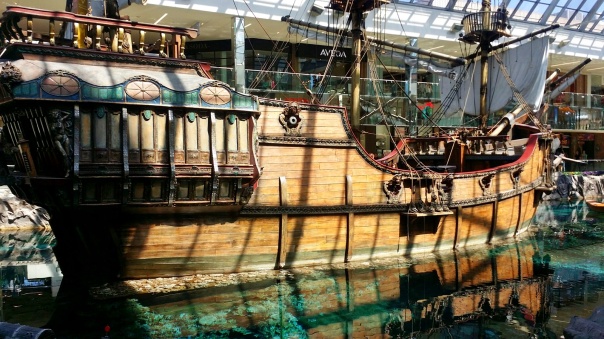 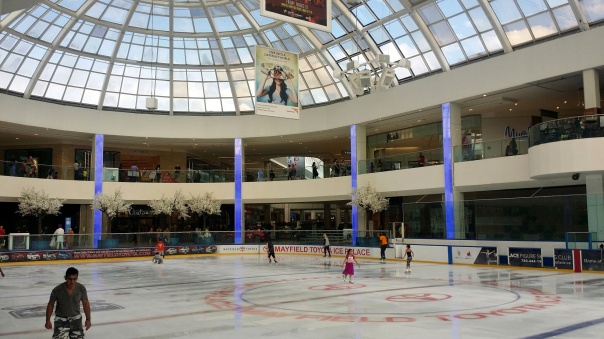 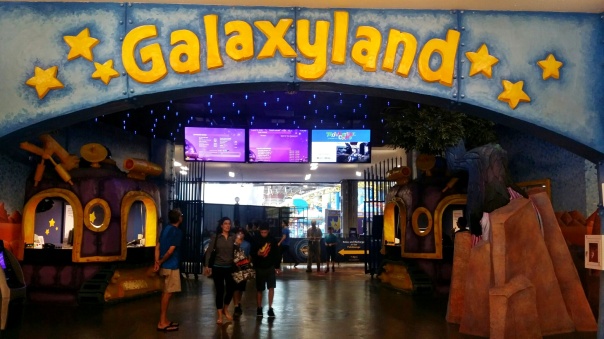 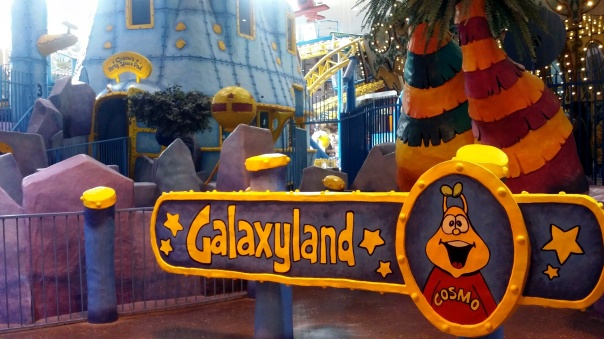 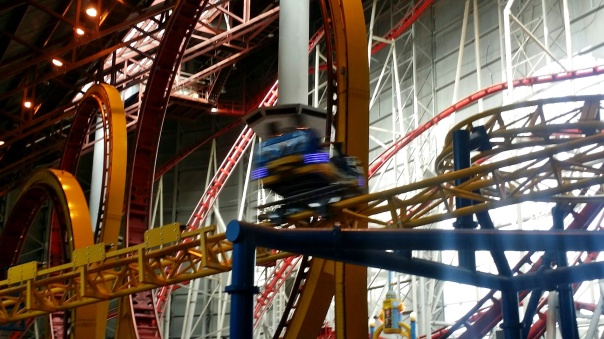 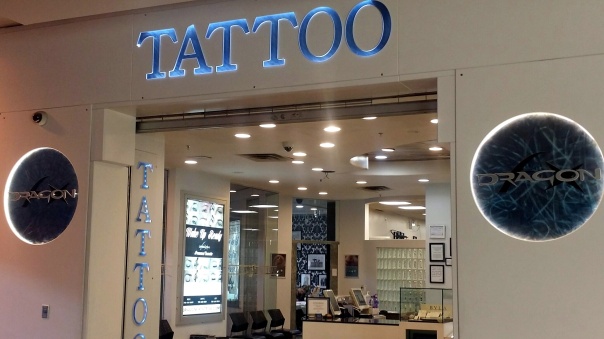 It’s almost like a pseudo reality drug that feeds the desire to expand, while keeping you just below thought, rather than above it, hence in the unconscious spiral without access to conscious alchemy to create.

It was so extreme and so different than everything I’ve been posting in photos that I just had to snap images to reflect the dynamics at work.

Interestingly, I wasn’t energetically overwhelmed this time as I usually am by so much around me.

I felt like I was slipping in between the seams so to speak and able to observe without being affected by the energy, nor others really taking note of me/us either.

It spoke to me of work that has been anchored with all we’ve gone through and especially recently had completed.

This would be the new experience…to hold the energy of new we are creating and yet to be able to walk amidst other realities without charge and unseen unless we want to be.

Today we move on to Elk Island National Park just 2 hours from Saskatchewan…back to unique wildlife and aboriginal energy to continue anchoring in the new.

Creating life as a work of art with a magick rabbit by my side. I remember my song. Do you? Artist, Author and Reiki Master Teacher with over 25 years' experience in creative healing arts and metaphysical studies. Tania inspires people globally to return to natural harmony, draw forth imagination to manifest dreams, embody creative empowerment, and live more magickally and abundantly from their most natural frequency – in essence, Tania helps you to remember your song.
View all posts by Tania Marie's Blog »

Posted on August 17, 2016, in Uncategorized. Bookmark the permalink. 1 Comment.